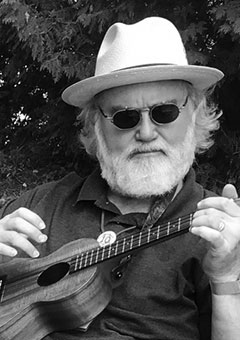 Tom McMillian lives in Montville, NJ and is presenting:

Since 2008, Tom McMillian has been the President of Techtao, a marketing consultancy. Tom not only brings innovative thinking to companies, but also works as the chief marketing officer for selective companies. Previously, Tom worked for Pfizer and Johnson & Johnson in the role of Director of Relationship & Interactive Marketing.

While at Pfizer, Tom was on the core team that brought innovation-cultural-change to the Pfizer. Not only was Tom instrumental in the creation and development of Pfizer Consumer Healthcare’s new innovation process, but also Tom was the highest ranked innovation instructor. In recognition of his efforts, Pfizer awarded Tom the W.E. Upjohn award for Innovation.

In addition to working for his clients, Tom brings his marking expertise, creativity, and passion for the arts to the Morris Arts as a board member. Plus, he loves playing his ukulele. Tom believes that a key ingredient to each day’s success is playing his beloved uke. Recently, he’s been nourishing his soul, playing music originally written for the lute on his ukulele.

In the past, Tom has presented: