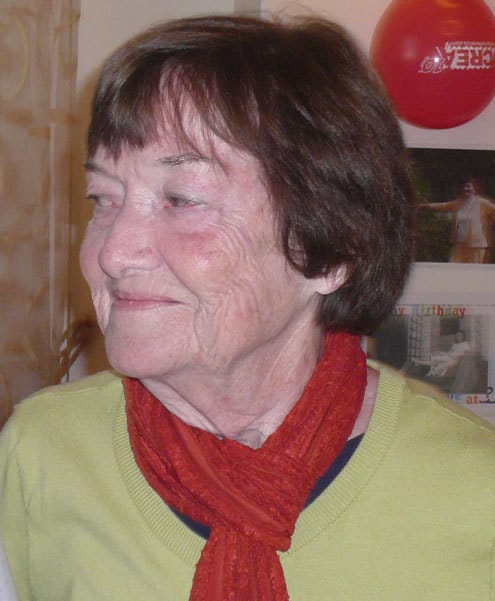 Since her first conference nearly 40 years ago, Jeanne became a familiar face at CPSI, CREA, Florida Creativity, and Mindcamp, presenting well-loved (and much-repeated) programs such as Maiden, Matron, Crone; Four Ways to Communicate; and The Art of Deferring Judgment. Her leadership style was strictly “lead from behind”: set the parameters and give participants the freedom to work their own way through the material. When asked how she learned her facilitation skills, she replied with a smile, “six kids and one bathroom.”

Conversations with Jeanne were never about Jeanne. They were about you, and they could be life-changing. Despite decades of learning and her mastery of the facilitation process — or perhaps because them — it was the relationship with the person with her right NOW that interested her most.
Who are you?
What have you been doing?
Tell me about yourself.
What do you think about this?
Why?
Whatever your answer, the door never closed: as the longtime leader of The Art of Deferring Judgment she always deferred judgments when she could, and questioned them when she couldn’t.

Should we have said that she “passed away”, “went beyond”, or “went ahead”? “Listen, sweetheart,” says the inner Jeanne-voice so many of us still hear, “tell it like it is.” She was 88. 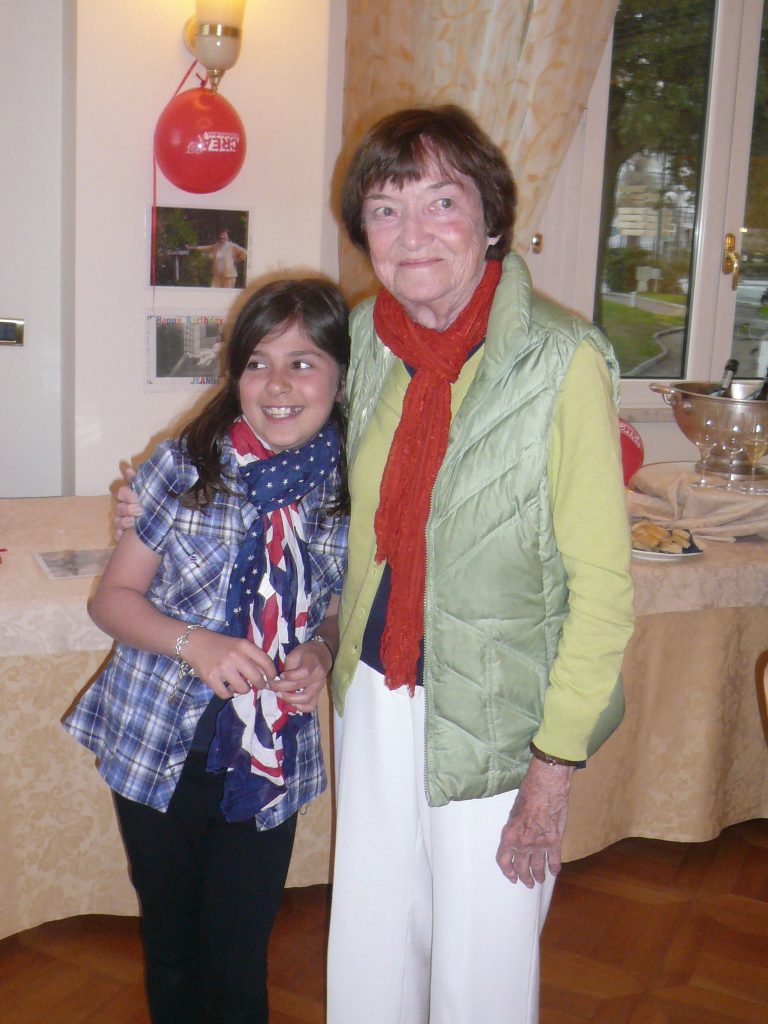 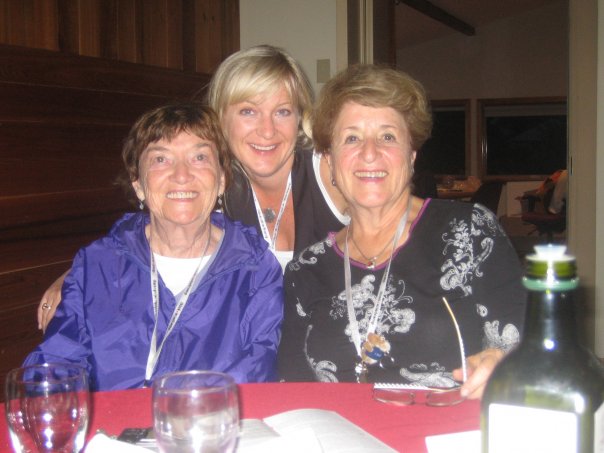 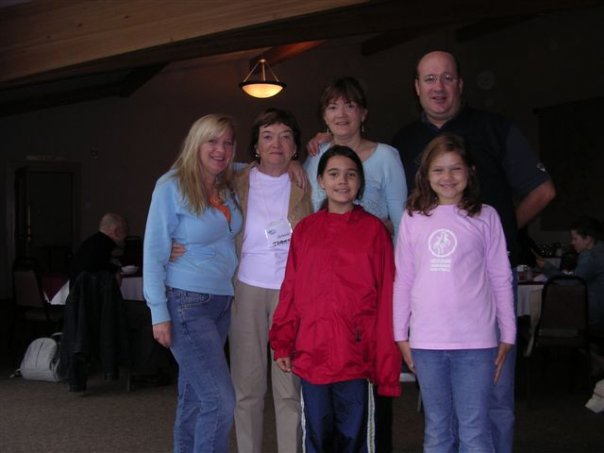 At Mindcamp 2007 with her Peterson relatives (including Kristen!) 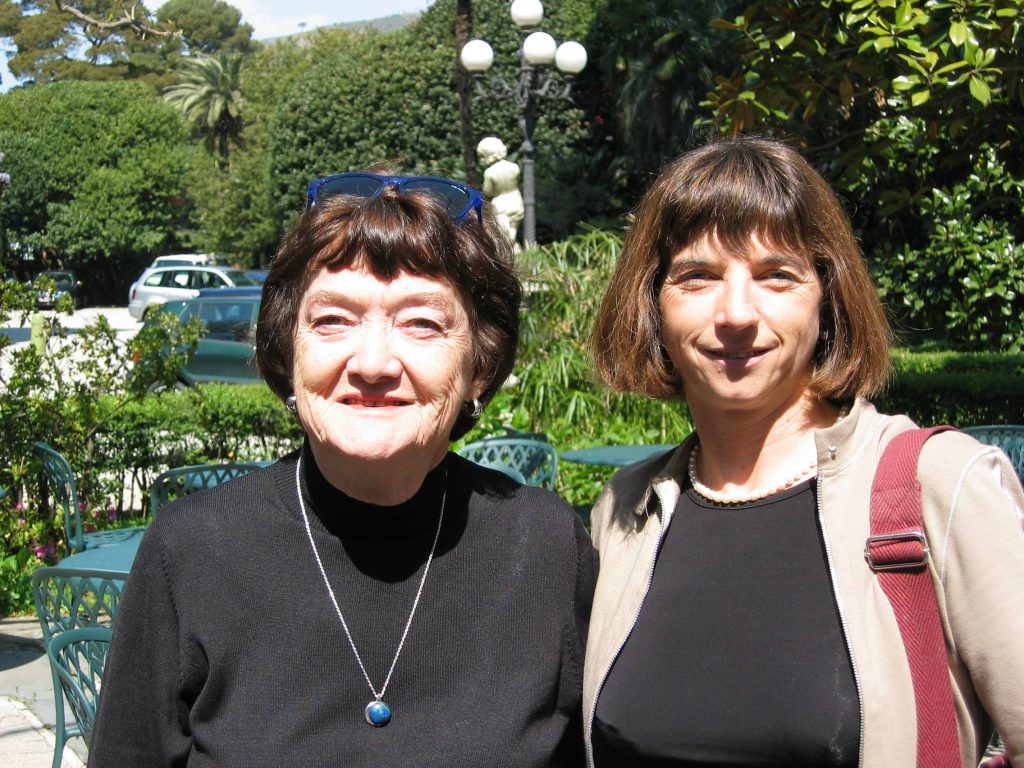 At the first CREA in 2003 with Laura Switalski 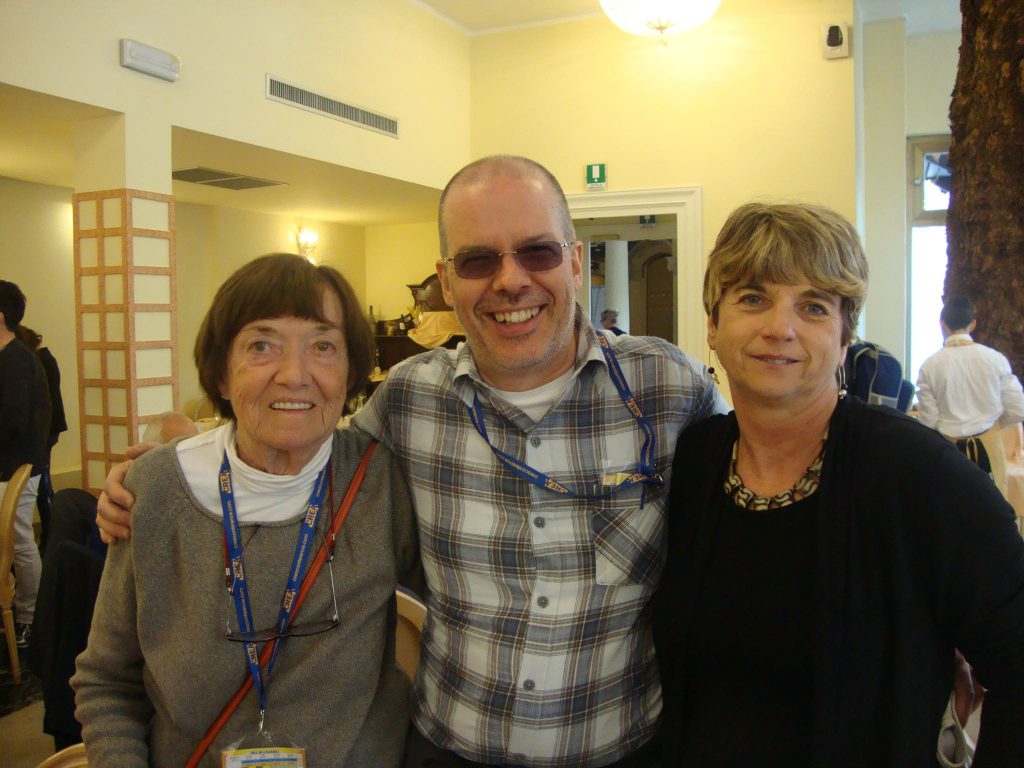 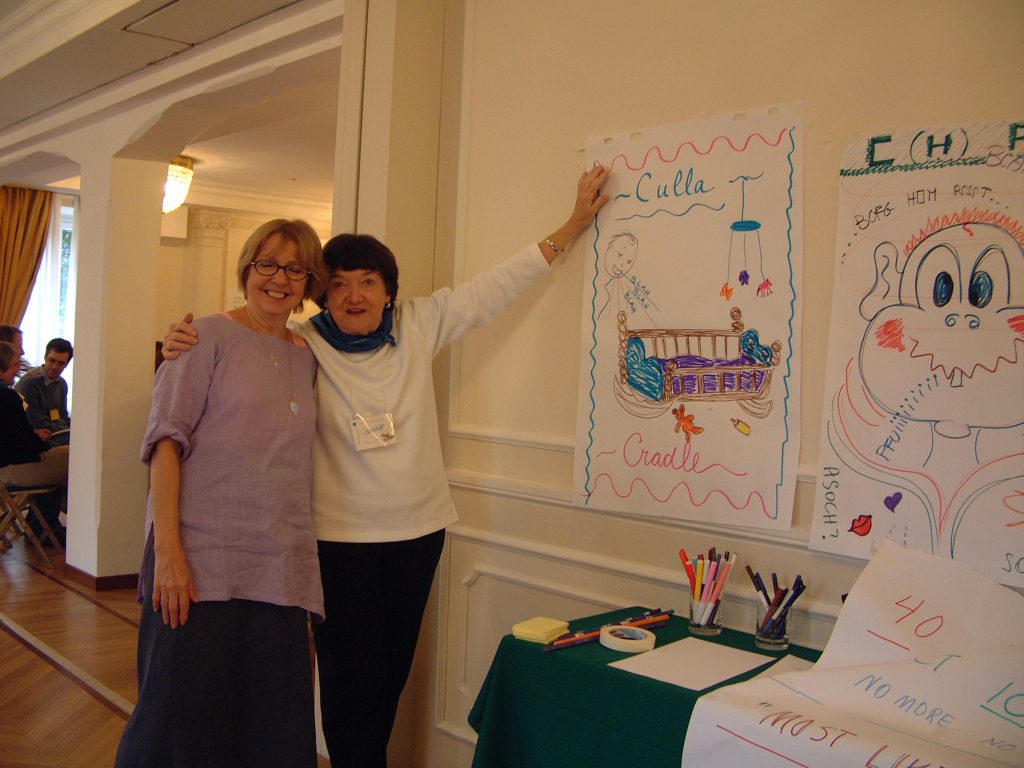 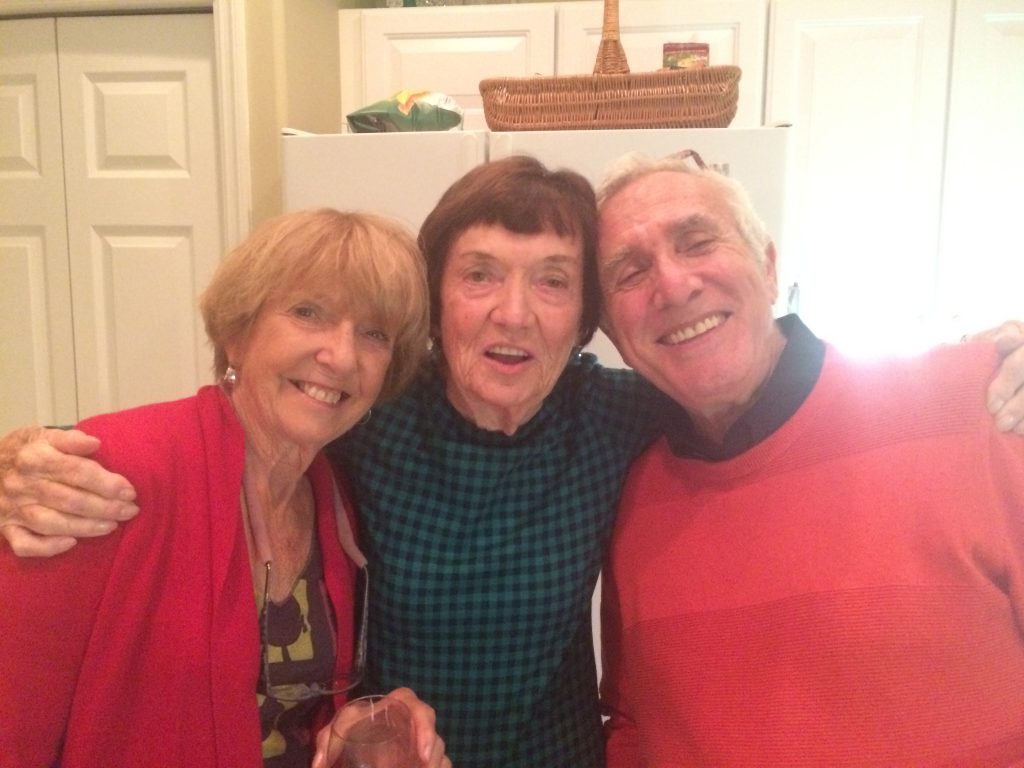 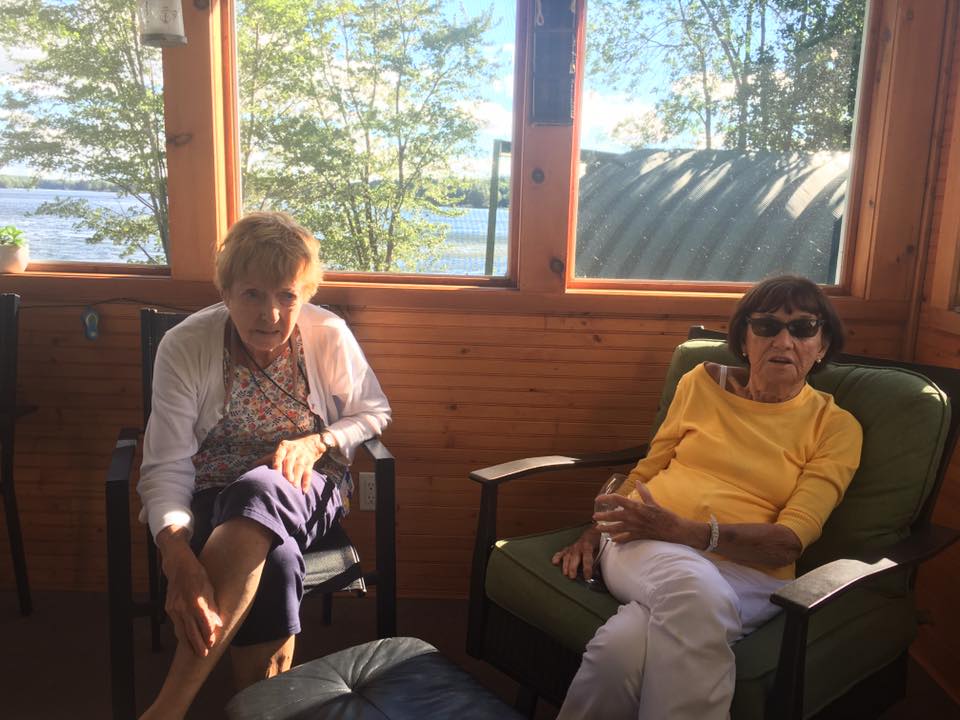 Jeanne and Lee Dunne at Mindcamp 2016 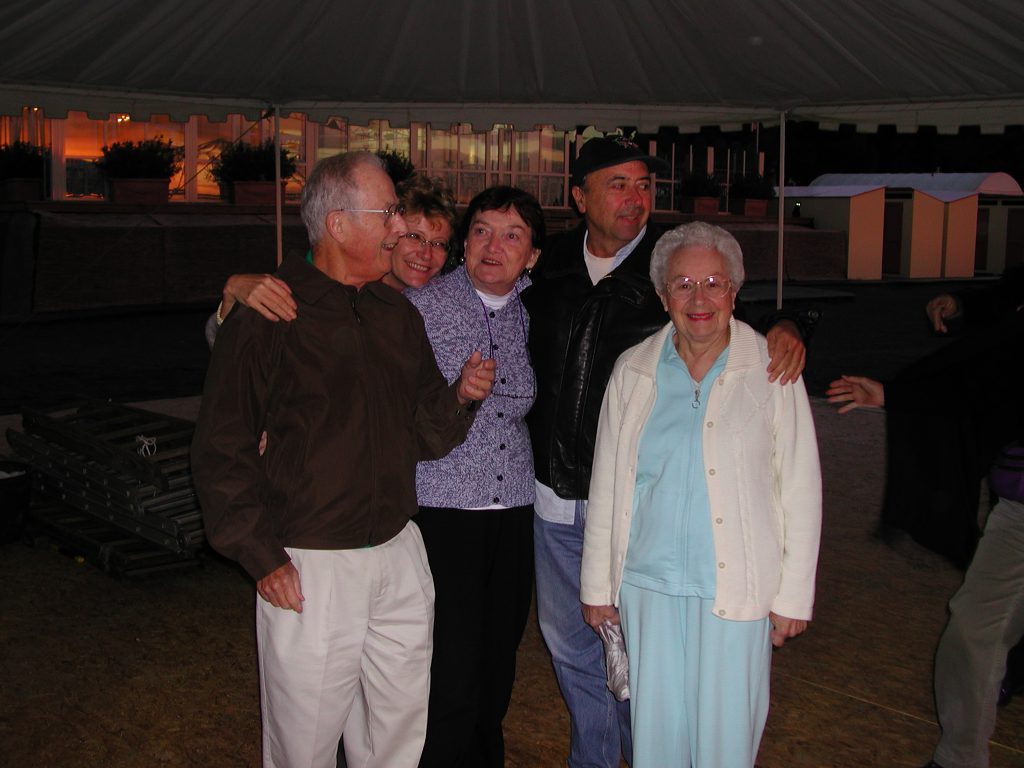 CREA 2004 with Sid and Bea Parnes, among others 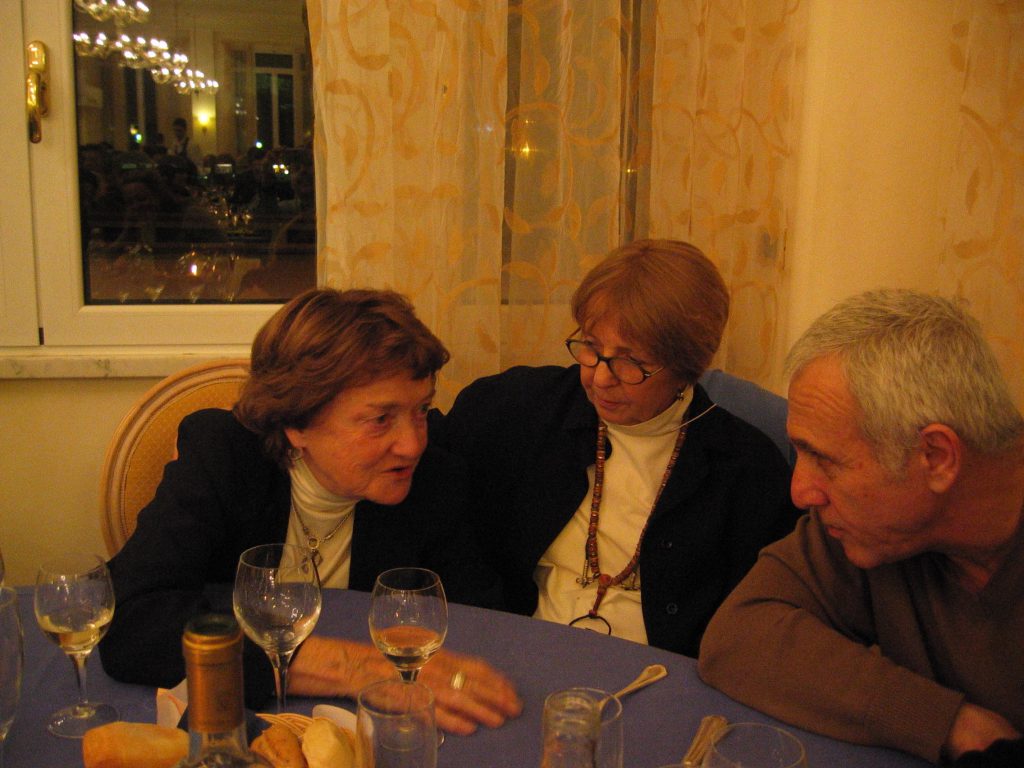 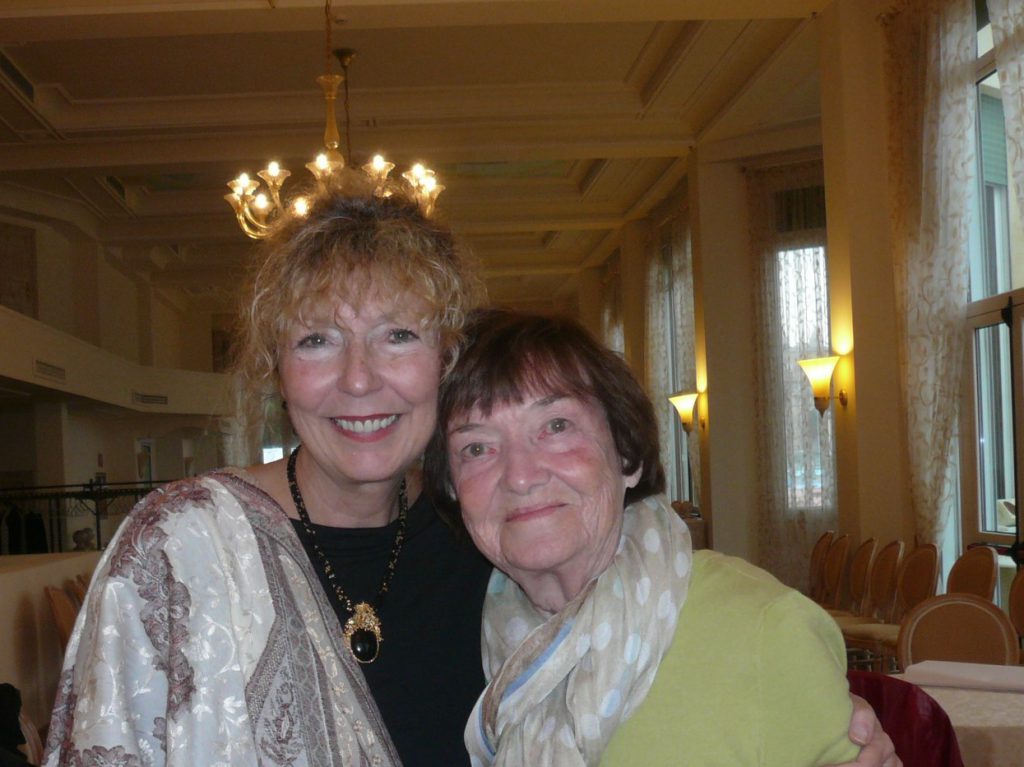 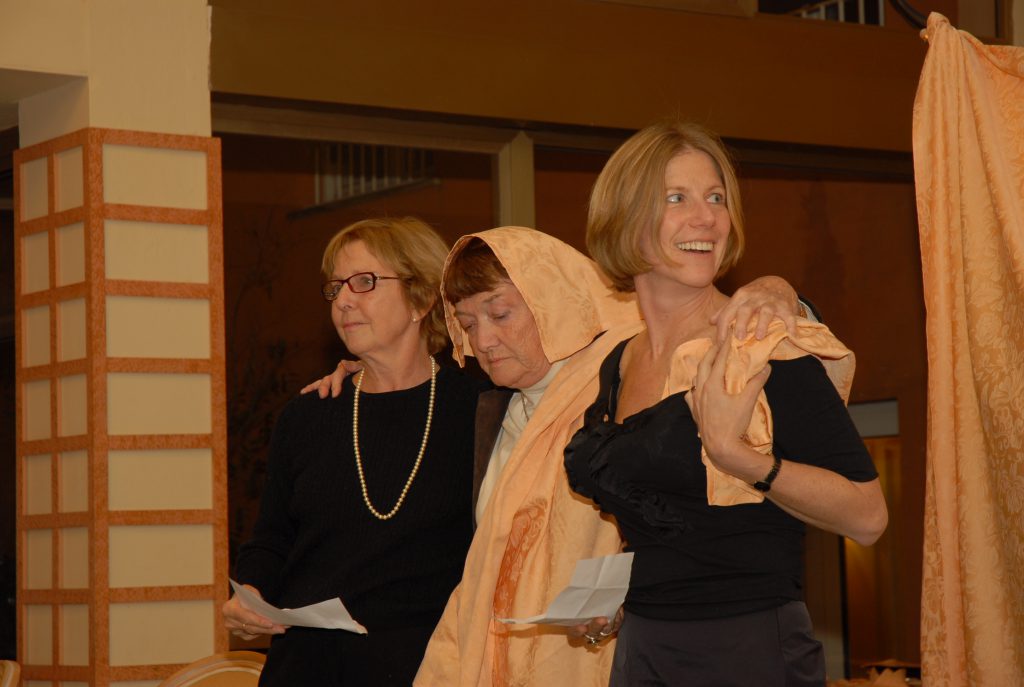 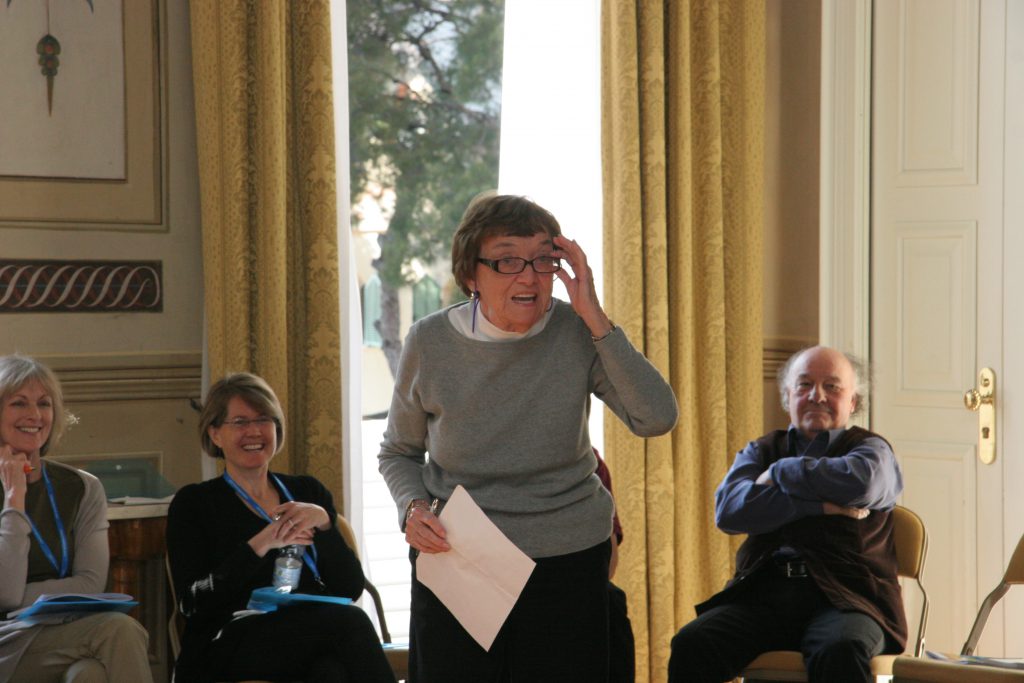 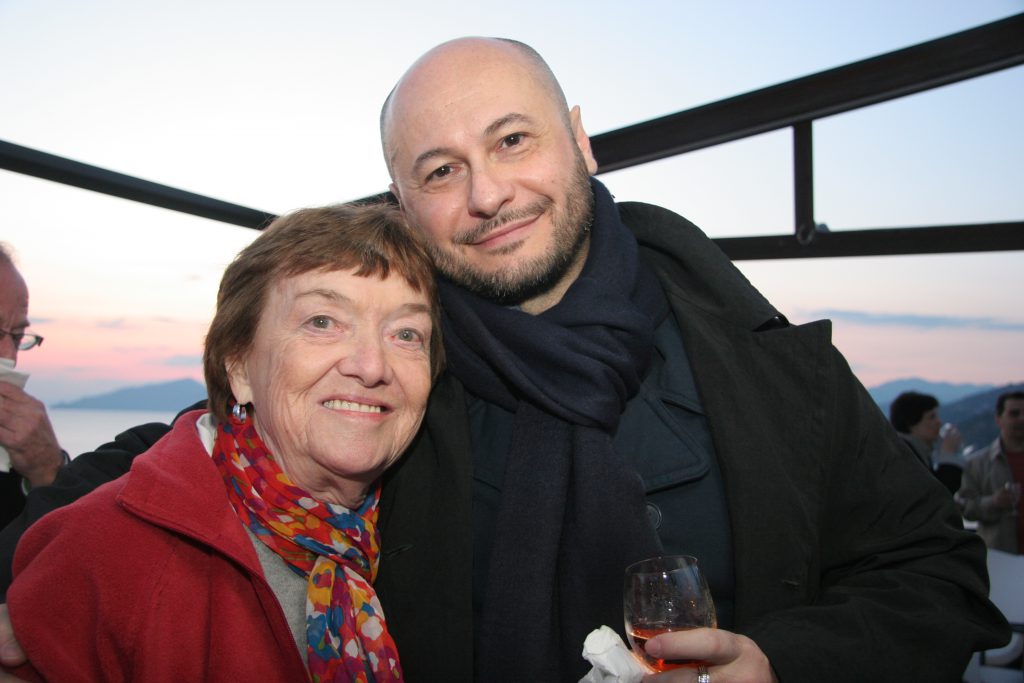 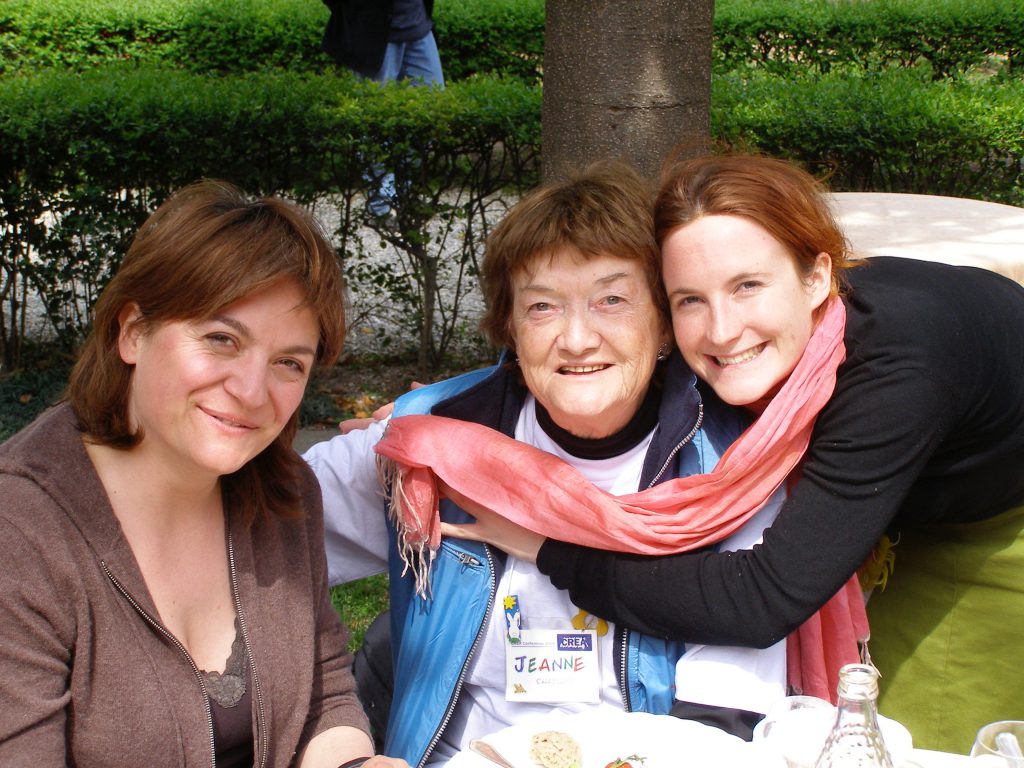 With the maidens of Maiden, Matron, Crone 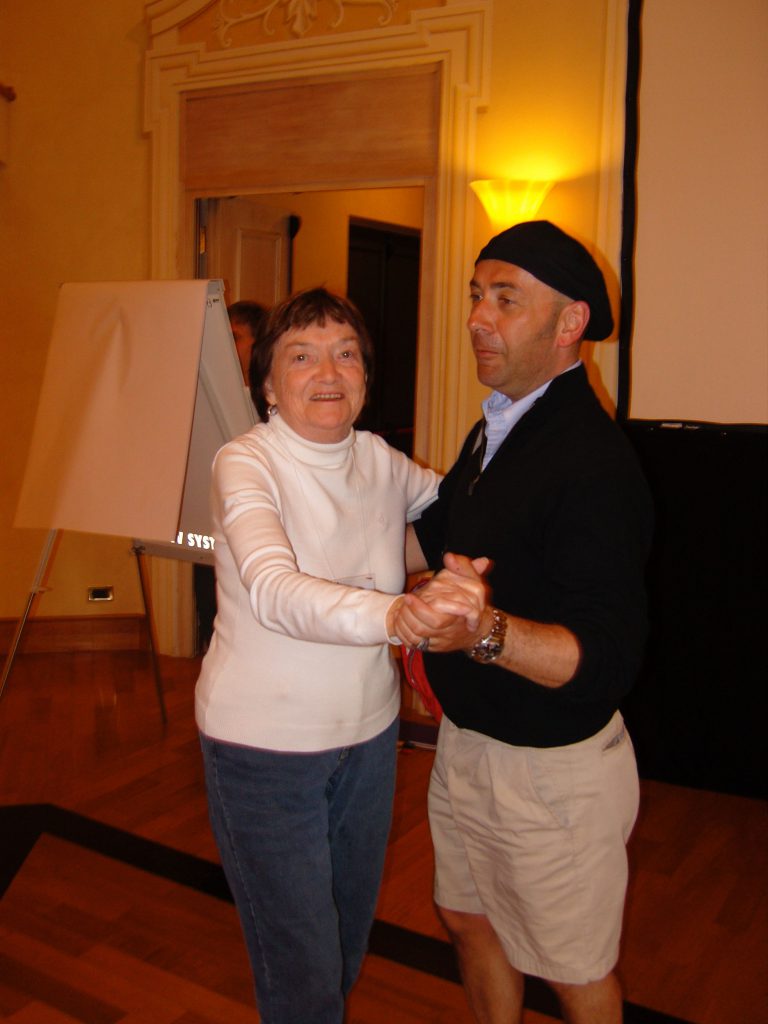 At CREA, dancing with Sergio 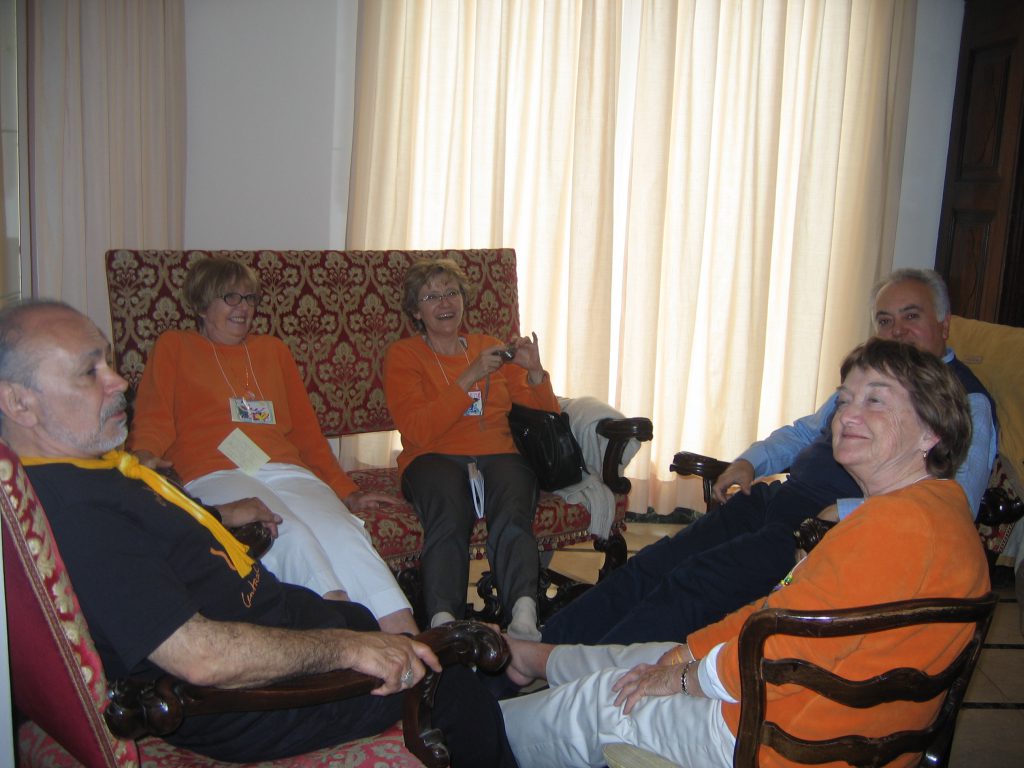 CREA at a “Feetback” session 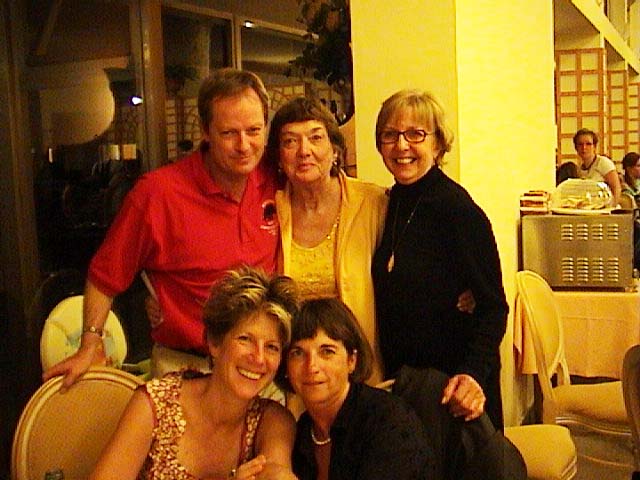 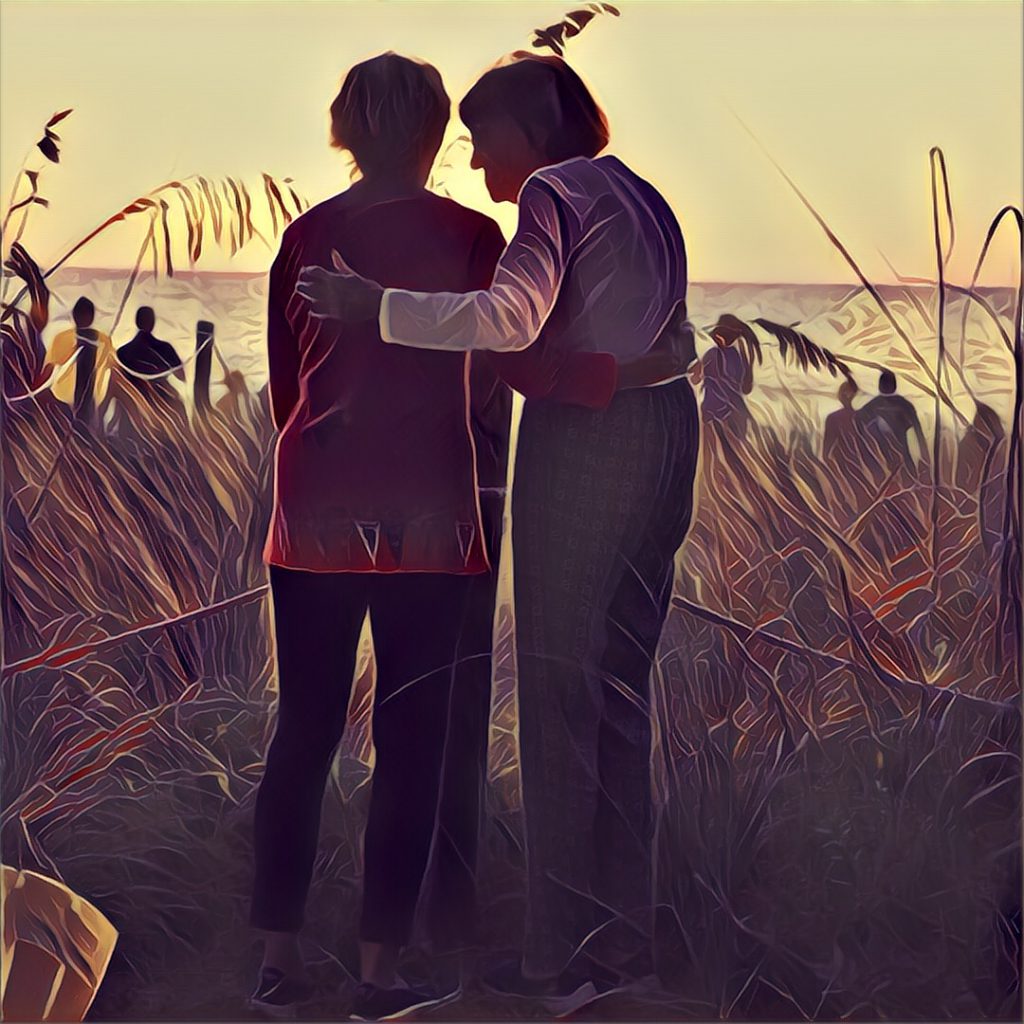 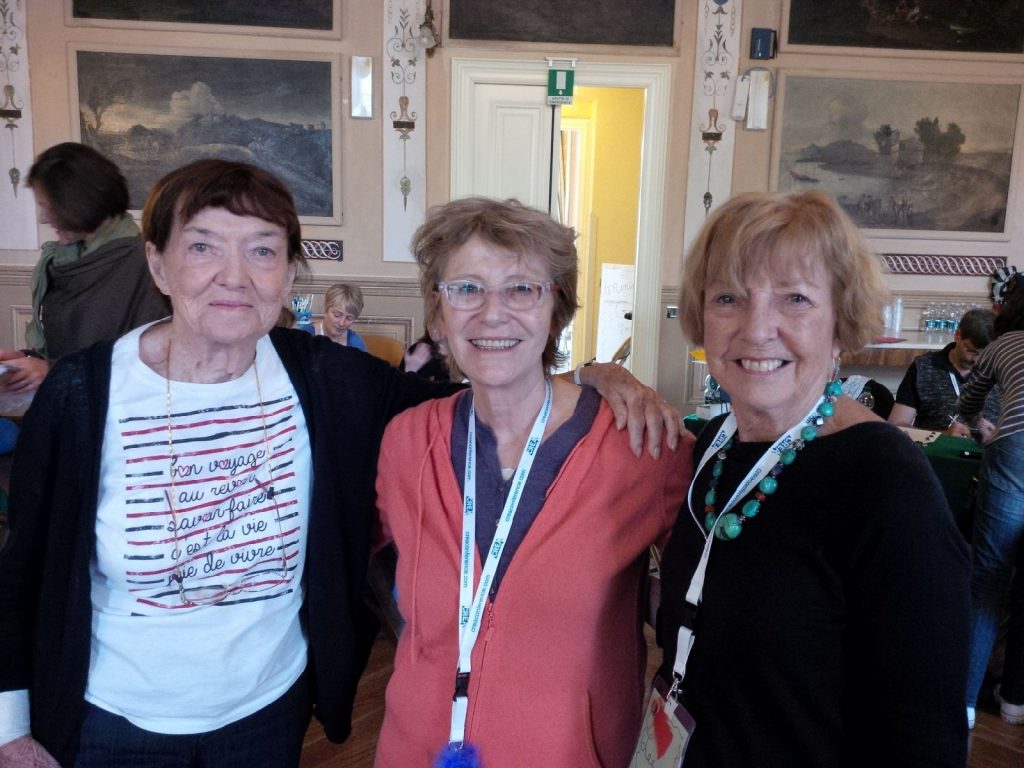 At CREA with Colette Chambon and Lee Dunne 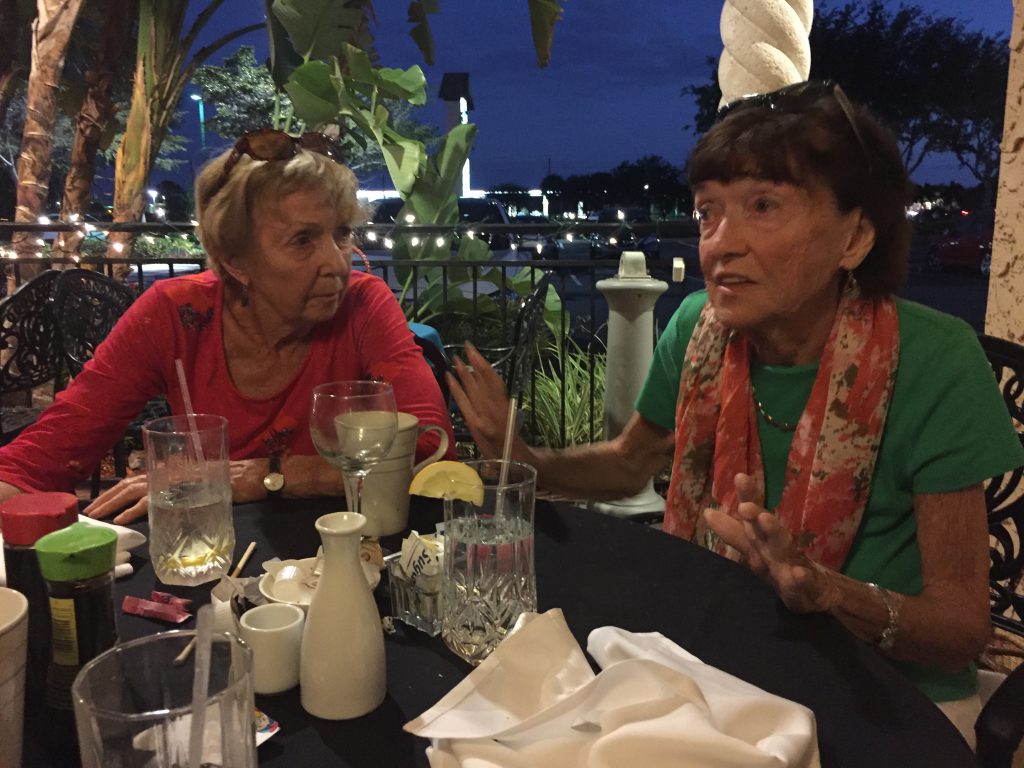 In Florida with Lee Dunne, March 2017